In Your Marriage Race, Go for the Gold

Watching the Olympics,  I'm amazed at the strength and power the human body can endure. I admire the Olympians who train and sacrifice and refuse to give up. What drives that passion? I'm not sure. I doubt it's for the gold medal which the news reported was worth all of $5. Something within them wants to be the best they can be for themselves and their country. 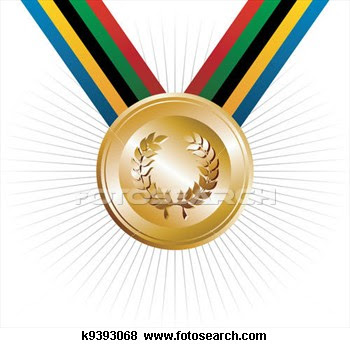 Shouldn't that be our passion for our marriage? Shouldn't we train and sacrifice and refuse to give up? I find it unbelievable that athletes put more effort into an olympic event than the average person does to care for their marriage. Why is that?

I write in my book We All Married Idiots that marathon runners train by watching videos of runners  winning the race. I suspect Olympians do the same. They watch and rewatch gold medal recipients and learn what they did right and how to avoid doing wrong.

This is not true for marriage. We sit in front of the television night after night watching movies and sitcoms of one failing marriage after another. We don't study how to make marriage work. We learn how to let it fail.

I was told at a marriage retreat years ago to read one book on marriage a month. That's a lot of books.

Just as an olympic athlete learns every detail of his sport so he can be the best at it, I suggest we study how to make marriage work. It will take determination, self-sacrifice, and passion.

I know for me and my marriage, I want to go for the Gold! Our Golden Anniversary! And then the Golden Streets of Heaven! I'm running with my honey for the Gold! How about you?

Looking forward to lots of Splashes of Serenity along the way!