Why Dan and I Don't Drink

Last weekend Dan was hit by a drunk driver. Impact a second sooner could have caused his death. Dan walked away from our disabled Ford Focus  in the middle of the highway. The drunk driver was handcuffed and taken away from his severely damaged truck. We thank God the injuries were minor to the humans, while major to the vehicles.

Dan and I don't drink. Our abstinence has nothing to do with our Christianity, for we stopped drinking long before we decided to follow Jesus.

You see, in my younger days, I drank and so did my friends. When my buddies started dying in their 20's and 30's, I woke up to the truth about drinking.

Alcohol kills. Alcohol killed nine of my friends in their 20's and 30's. Nine died too young. Nine.

Nightmares of my friends lined up before a firing squad randomly hit not by bullets but by cars  haunted me. Which friend would  the drunken driver bullet hit next?

In reality, nine friends were mowed down like pieces of grass so young in life. Sad, to think, there are probably more I know whose lives were cut so short, I've forgotten them. I remember the nine.

Drinking not only kills, alcohol makes you do stupid stuff even if you don't enter the weapon of a car.

I've been to  Frat houses where girls and boys drank too much and ended up in bedrooms with people whose names they didn't know. They woke in the morning, sick physically and damaged emotionally.

I attended secular work Christmas parties and High School reunions where alcohol flowed. Under the influence, some could not control their exaggerated fantasies and ended up smooching in dark corners of restaurants with another person's spouse.Marriages ended and families destroyed.

When we became parents to two little girls, Dan and I pondered how to keep our children and ourselves protected from the devastation of alcohol. Our  plan of attack:  stop drinking and stop serving alcohol. We prayed our children would follow our example and lead.
.
In our 30's God called Dan and I to Pastoral ministry where over the years we counselled many couples hurting over alcohol's evil.

We heard tales of and witnessed  happy drunks who act  like fools and embarrass their family. I've watched these people at my children's sporting events and shuddered at the embarrassed look and shame in their children's faces.

We prayed with mean drunks who love their family, but hate themselves. Their loved ones hover behind closed doors to avoid the thrown lamp or uncontrolled punch.

Drunk driving statistics are sobering. In 2012 one person every 51 minutes was killed by a drunk driver.

On our neighborhood walks, Dan and I met Leonard's parents. In 1979 their16 year old boy  was killed while riding his bike on the road where we now live. The same road where Dan was hit last Saturday.  Leonard's dad (now in his 80's) cried as he spoke of his son mowed down 35 years ago. This dear dad has lived a life of pain because someone chose to drink. 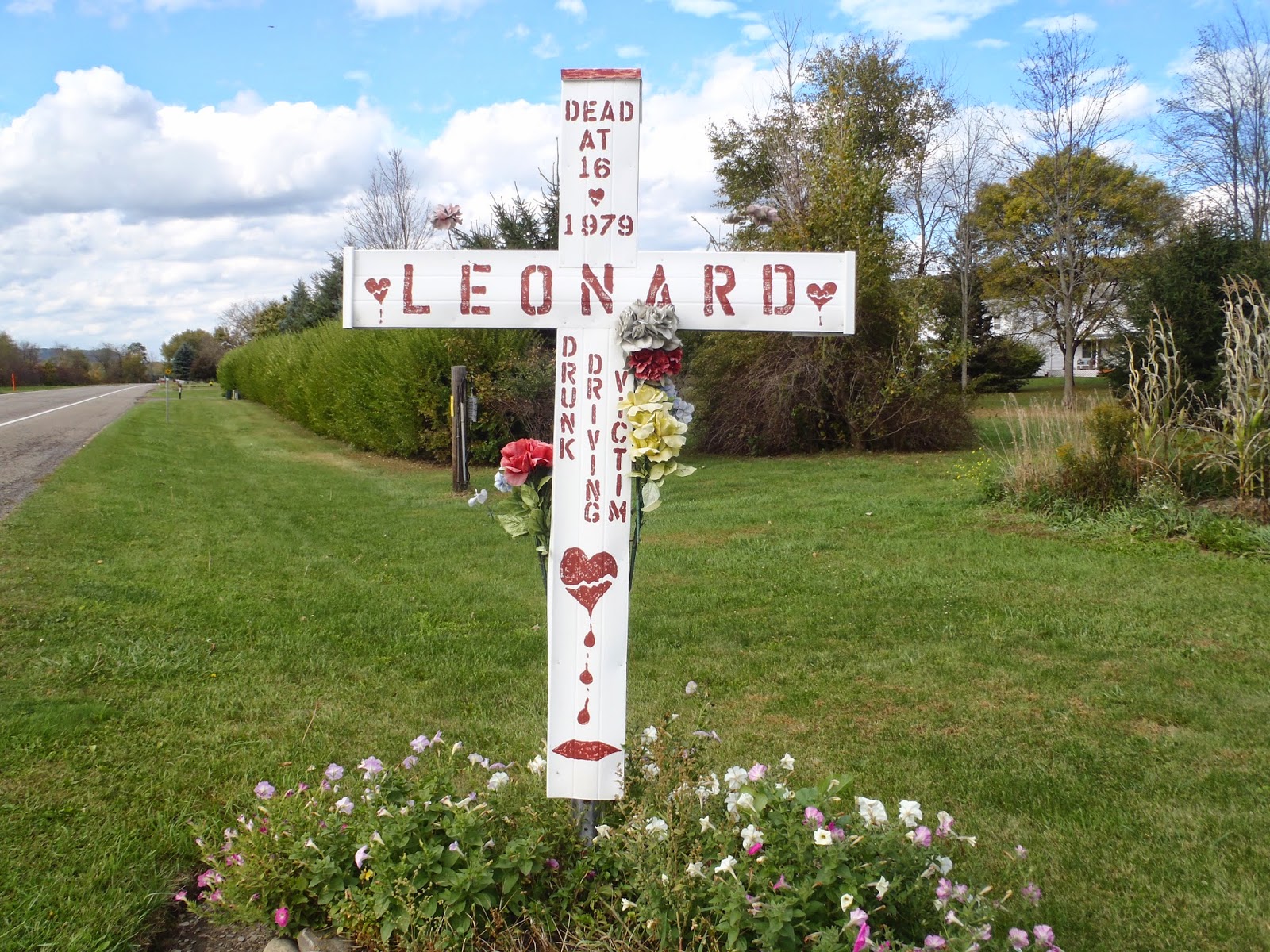 Leonard's dad spends his life carrying his son's mangled bicycle and bloody clothes to prisons where he speaks to those incarcerated for drunk driving in hopes and prayers the killing will stop.

So why do people drink? I don't know. They must be searching for fun or peace or friends they think will bring them happiness. Trust me. None of the above brought anyone happiness.

I don't understand why people drink, but I do know that true joy comes from a relationship with Jesus Christ and you won't find Him in a bottle.

My splash of serenity today is the hope that someone, somewhere will read this and decide even a sip of alcohol is too great a risk.


A cheerful heart is good medicine. Alcohol is not.