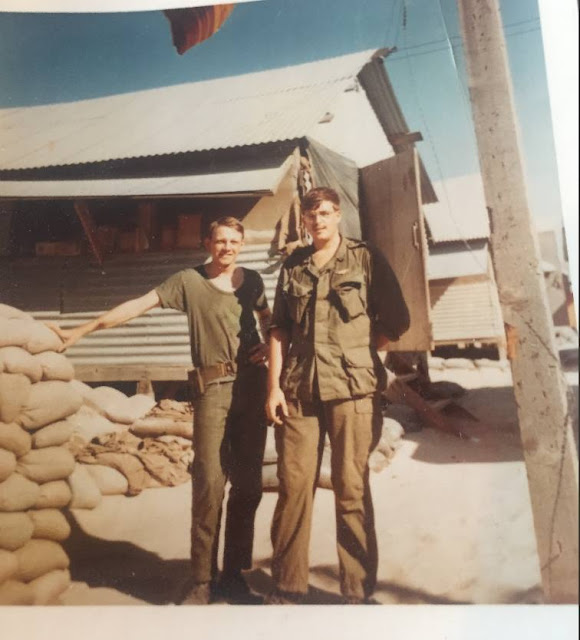 
"I really shouldn't be alive."

My husband's sad words stirred my heart as we remembered the heroes,
our friends and relatives who didn't come home from war.

Dan flew in 425 medevac missions in Viet Nam.
Twenty-five of them while under fire.
One of them bringing him and the helicopter down into a battle,
killing some, gravely injuring the rest.
Dan received a Silver Star for his heroic efforts
rescuing men throughout the night,
ignoring his own life-threatening wounds.

Dan, you didn't die, but you laid down your life for your friends.
I suspect today they remember you,
the injured corpsman who carried their bloody bodies to safety.

Dan, you are my hero! And theirs too!

Today we remember the heroes in my life with thanksgiving and praise! 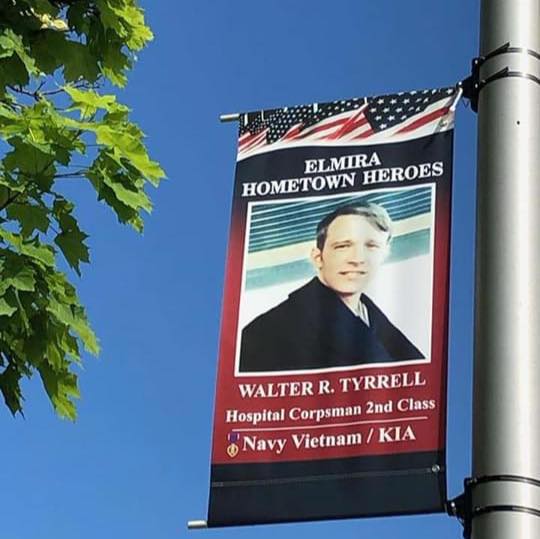 Rip Tyrrell,
Dan's friend and Navy buddy,
gave his life for his country during a Vietnam medevac mission.
Rip, you are Dan's hero and mine too!

My Uncle Tom survived the World War II Bataan Death March
to die of starvation in the Philippines.
I can only imagine his determination walking 85 miles in six days
with only one meal of rice during the entire journey.
Uncle Tom, you are my hero!

My Uncle Roy escaped from a Japanese prison camp to retire from the U.S. Army.
What an adventure! We think.
Most likely, more like a nightmare.
He rarely spoke of his escape or the prison.
Uncle Roy, you are my hero!

My cousin Bill was one of the last killed in Vietnam when
his helicopter crashed in the final days of war.
He almost made it home to his wife and son and
his dear mother, my Aunt Velma,
who never really got over the pain of her Billy's death.
So close to home, yet not close enough.
Billy Jr., you are my hero!

Thank you dear men and women of the military for your great love and sacrifice.
We will never forget you on Memorial Day or ever!
You died heroes!!!
We salute you!

Remember there is a great cost to our freedom. So thankful.