Do you live in the Saratoga Springs, NY area? Do you enjoy Revolutionary War history? Do you love romance? Do you like to read? If so, don't miss my friend Elaine Marie Cooper. She is coming to the Saratoga Springs area the end of May and first week of June to speak on her book Saratoga Letters.

If you have a book club or would like to have a few ladies over for tea, Elaine Marie Cooper would love to speak at your gathering. Contact Elaine  to schedule your event at 515-205-8605 or email ElaineMarieCooper@yahoo.com. Or take your friends to her at: 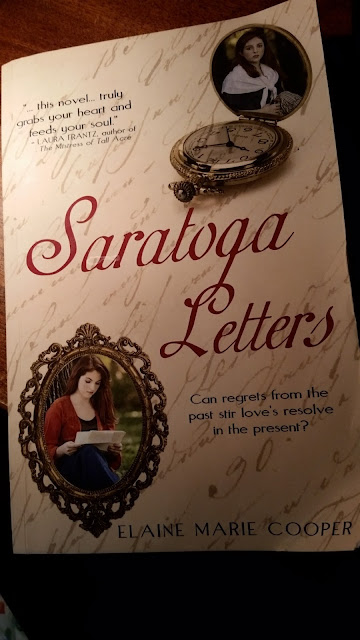 I read Saratoga Letters in three days (a record for me). I couldn't put it down. Then I handed it to my granddaughter Gracie who loves to read, loves history, and at age 13 needs some wholesome romance models in her life. We loved Saratoga Letters. Living in New York State and visiting Saratoga Springs often, I was enthralled by the historical content and could envision and feel the emotions of settlers living in the beautiful city of Saratoga during the Revolutionary War.

Here's my review of Saratoga Letters  posted on GoodReads: "Wow! Two love stories spanning 200 years. Elaine Marie Cooper brilliantly intertwines 1777 and 1977. Saratoga Letters places readers into the depths of real life and true love during the Revolutionary War. History, romance, intrigue, suspense, murder. It's all there. A page-turner, well written, and easy to read. You'll want to stay tuned for the second of this powerfully written historical romance." 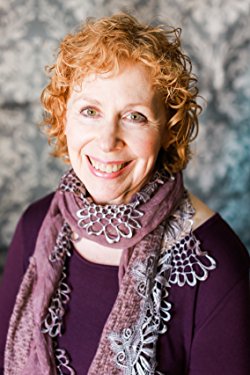 
“To everything there is a season, a time for every purpose under heaven…
A time to weep, and a time to laugh; A time to mourn, And a time to dance;” Ecclesiastes 3: 1, 4 (NKJV)

"This week, my historical fiction novel, Saratoga Letters, has been blessed in not one, but two  book contests: Finalist in historical romance for the Selah Awards, and finalist in Romance for Next Generation Indie Book Awards. I am humbled and honored by the recognition. But life has taught me that there are seasons; times of both sorrow and joy. In God’s kingdom, they each can be a blessing if we seek His face and purpose in the trials of life.

One year ago this month, I faced one of the greatest physical crises of my life: a seriously infected knee that threatened my limb and potentially my life. Although it was pushing a year since the original knee replacement, it had taken ten months for the infection to be discovered. Far too long. In that time it could have traveled throughout my system. I could have lost my leg.  But God was faithful and prevented that from happening.

But that didn’t mean it was an easy fix as I faced two major surgeries, weeks of IV antibiotics, more physical therapy, more pain. I faced isolation from my family and friends as I recovered at home. Unable to drive, I dug deep into God’s Word, claiming His healing verses. I was play dough in His hands, forced to entrust every part of my being to Him. And He was faithful.

Realizing that all this occurred one year ago this month keeps the accolades for my book in perspective. Today is my season to laugh. But there are other seasons of mourning. And until we enter God’s kingdom one day, the balance of joy and sorrow, mourning and dancing will continue.

But fresh on the backside of the time of weeping, it makes the time of laughter even sweeter. Thank you, Lord Jesus.

Elaine Marie Cooper is the award-winning author of six books: Five historical fiction and a memoir of her daughter who passed away from a brain tumor in 2003. She grew up in Massachusetts where she became enthralled with the history of our country’s beginnings. Her historical fiction is set in the era of the American Revolution.

She is descended from a British soldier who fought in the Battle of Saratoga. When she and her husband visited the battleground in 2014, her writer’s muse devised the plot that became “Saratoga Letters.” She will be visiting upstate New York the end of May and first week of June for book events in the Saratoga Springs area. You can follow her blog on her website: www.elainemariecooper.com"

Blessings to Elaine Marie Cooper. May God continue to splash His serenity on you, your work, and your readers!