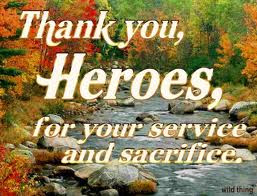 Few know what happened on that July day in 1969. Dan doesn't talk about it. He passes it off as being at the wrong place at the wrong time.

A Silver Star, a Purple Heart, and other medals rest in Dan's desk drawer along with this newspaper account of a day in the life of my soldier:

"Petty Officer Miller was serving as a corpsman aboard a transport helicopter on a medical evacuation mission near the Demilitarized Zone. The Marines gave this report:

"After the casualties were picked up, as the helicopter lifted, a rocket-propelled grenade hit the cabin, seriously wounding Miller.... The helicopter was forced to make an emergency landing in the bottom of a ravine.

Although coming under mortar and small-arms fire from the enemy, Miller disembarked the casualties and, despite his own wounds, carried them up a steep hill to a friendly position.

Throughout the night, the Marines came under concentrated fire and numerous ground attacks, but Miller, disregarding his own safety, moved through the fire-swept area to treat injured men.

He carried the casualties back down the slope to an alternate location for medical evacuation the next morning.

'His heroic and determined action inspired all who observed him and were instrumental in saving the lives of several Marines. By his courage, bold initiative and selfless devotion to duty in the face of grave personal danger, Petty Officer Miller upheld the highest traditions of the Marine Corps and of the United States Naval Service.'"

Today I thank all veterans and their families for the great sacrifices they make so that we can be free. You are all heroes.

Not everyone comes home. Thank You, God, for bringing my Dan home to me.

Praying for all who serve,